Leadership Changes and New Board Members for 2019

FABB kicked off 2019 welcoming new Board members and making changes to its leadership at the annual FABB Board meeting last Monday. FABB is excited to announce the new Board Officers are: Sonya Breehey, President; Steve Ward, Vice-President; Katie Kelly, Secretary and Howard Albers, Treasurer. 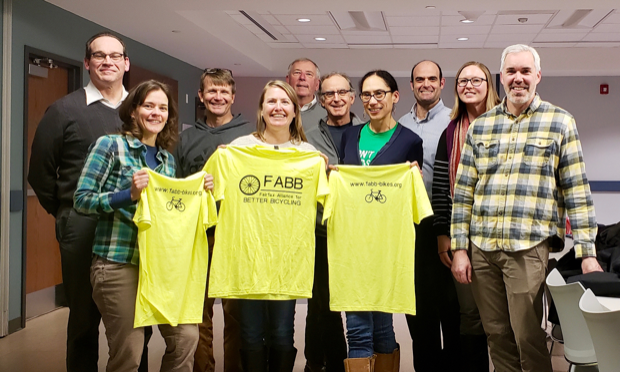 The FABB Board also has three new Board members: Yvette White of Annandale, and Alexis Glenn and Jeff Gauger, both from Alexandria. All three new are regular bike commuters and have been actively involved in FABB advocacy efforts. FABB is excited to have such energetic and committed bicyclists join the Board. Read more about FABB’s new Board members.

​At the Board meeting, Shawn Newman, FABB’s Social Media Coordinator, was appointed to represent FABB on the County’s Trails, Sidewalks and Bikeways Committee. FABB now holds an official seat on the committee after the Board of Supervisors approved its updated charter in November.  Get to know Shawn.

Good-Bye and Thanks, Douglas 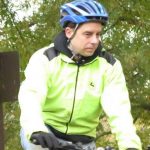 Douglas Stewart, a founding member of FABB and one of our directors since the Board was formed in 2015, stepped down from that role at the end of 2018. We are sincerely grateful for the dedication, thoughtfulness, experience, and grace that Douglas brought to all of his board duties. Thanks to his passion and sense of civic duty, Fairfax County is better for bicycling and so much more. 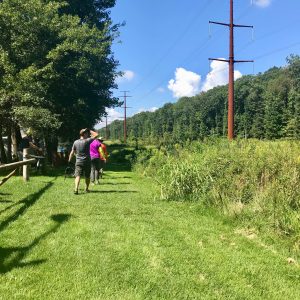 Help save two key park trails in Huntley Meadows that Fairfax County is proposing to remove from the Countywide Trails Plan and Bicycle Master Plan.  Tell Fairfax County leaders to keep these planned trails by signing this Say No To Trail Removal petition today.

​​The planned Huntley Meadows trails would run along the edges of the park following the paths of two utility lines, a Dominion Power right-of-way and a Washington Gas right-of-way. These trails have been part of a Countywide master trails plan for decades and, as recently as 2014, were approved as part of the Bicycle Master Plan by the Fairfax County Board of Supervisors. The trails are now at risk for permanent removal after a friends group convinced the County to use an out of turn comprehensive plan amendment to get rid of them. Your help is needed to save these park trails.

Support E-Bike Use on Park Trails at Public Hearing

The Fairfax County Park Authority and Northern Virginia Park Authority are holding a joint public hearing February 7 on proposed changes to regulations on the use of e-bikes on park trails in northern virginia. Under the proposal, the regulation would define an e-bike and clarify distinctions between e-bikes and mopeds. E-bikes would be allowed anywhere traditional pedal-powered bikes are allowed. Mopeds would be allowed only where motor vehicles are permitted.

E-bikes are becoming increasingly popular and present an opportunity to expand bicycling as a viable transportation option to more people. FABB supports pedal-assist e-bikes (Class 1) and throttle-assist (Class 2) e-bikes on shared-use trails in Fairfax County parks and any and all bicycle facilities.

The hearing will be held at 7pm, February 7, at the Jean Packard Center, Occoquan Regional Park (9751 Ox Road, Lorton). Written comments are being accepted through March 11. Email your feedback to either the Fairfax County Park Authority ([email protected]) or NOVA Parks (NOVAPar[email protected]). 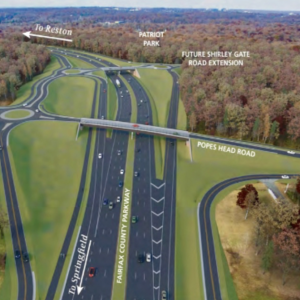 Now is the time to speak up in support of better bicycling and multi-modal options as part of VDOT’s Fairfax County Parkway Widening project. VDOT is seeking feedback on its $195 million project that will widen the parkway between Route 29 and Route 123. As part of the project, existing portions of the Fairfax County Parkway Trail will be improved and missing links will be constructed so the trail is continuous within the roughly five miles of the project’s limits.

It is important that bicyclists submit comments supporting the multi-modal improvements and urging VDOT to design the trail so that it is safe and accessible for all users, and reduces unnecessary detours. To better understand what is being proposed, including various trail alignment options for the Burke Centre Parkway crossing and other interchanges, review the January 7 public meeting materials here. Comments can be submitted until January 22 by email to Mr. Sitaram Kodali, P.E., at [email protected]. Please reference “Fairfax County Parkway Widening” in the subject line. 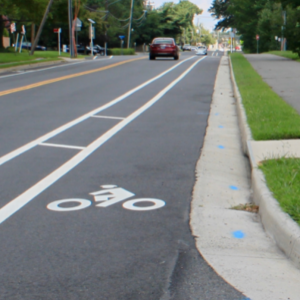 Fairfax County is planning to again use VDOT’s summer repaving program to employ safety enhancements to roadways as they are restriped around the county in 2019.  District specific public meetings are scheduled from January to March but no details are available yet on what proposed improvements will be included. The County bike program will post updated information to its 2019 Paving and Restriping page when it becomes available. Bicyclists are encouraged to speak up in support of the bike improvements to help counter possible opposition. The program has proven successful over the last several years as a way to make our roads safer for all users by reducing traffic speeds, providing on-road bicycle infrastructure, and reducing crossing distances for pedestrians.

Starting January 7, Metro is allowing standard-size bikes on all metro cars anytime during the day. In a win for bicyclists, the longstanding ban on bringing your bike on metro during rush hour is over. The policy change expands multi-modal transportation options for the region by extending the bikeable distance for commuters who can use a bike to make the final leg of their trip.  Metro is reminding customers with bikes to use the doors at either end of the railcar, not the center doors, and to avoid blocking doors or aisles. WMATA plans to monitor implementation of the new policy and make modifications as necessary.

Hear about Providence District bicycling issues, including an I-66 Trail Update, at FABB’s February meeting.  Susan Shaw, the VDOT Project Manager for Transform I-66, Outside the Beltway will be our guest speaker providing us an update on the latest I-66 Trail information. The meeting is at 7:30pm, February 20, at the Providence Community Center (3001 Vaden Drive, Fairfax). 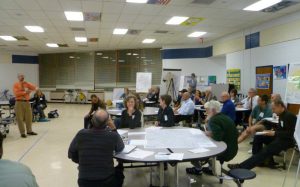