Your Car May Be Killing You 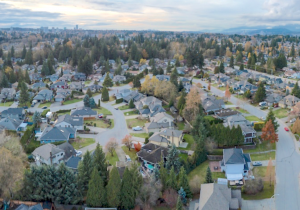 The type of car-dependent suburbs that contribute to less healthy lifestyles. Photo courtesy of The Daily Hive.

Researchers at the University of British Columbia (UBC) Health and Community Design Lab partnered with multiple government agencies, local health authorities, and transportation offices for a study called “Where Matters: Health & Economic Impacts of Where We Live.” The main conclusion was that suburban, car-dependent neighborhoods lead to unhealthy lifestyles, while dense, walkable, transit-friendly neighborhoods with plentiful parks encourage residents to be more physically active, among many other benefits.

According to the researchers, very few studies examined how transportation investment, walkability and access to green space were associated with less chronic disease and lower health care costs. Their study’s key findings, however, revealed stark contrasts between the lifestyle and health outcomes of the two types of urban areas.

Among the results of the study, people who live in a walkable neighborhood when compared to a suburban, car-dependent area, were:

Through its analysis of healthcare cost data, researchers also determined that:

In short, there are a lot of benefits from designing neighborhoods to be oriented around walking and cycling and to have ample parks, green space, and open space. The study asserted that, in Canada, major transportation investment decisions rarely account for the potential health impacts and related costs of not having walkable neighborhoods and green space.

This also is true of Virginia, but it is improving. We are especially encouraged that Fairfax County is taking a Health in All Things approach to future policies that will take into consideration the benefits of designs that promote more healthy and active lifestyles.