Bills Signed and Being Amended 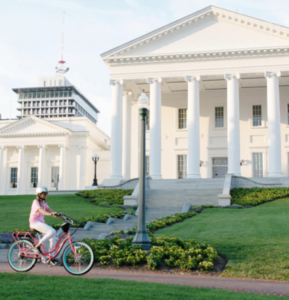 Jim Durham, the Chair of the Alexandria Bicycle and Pedestrian Advisory Committee, provided the following update on bicycle-related legislation passed during the 2020 Virginia General Assembly.

Governor Northam signed the following two bills which will become effective in 2021.

The governor proposed amendments to two of the bills. The General Assembly will reconvene in a socially-distanced manner later this week to consider and most like approve the amendments.

Thanks to Jim for helping to keep track of these legislative developments.