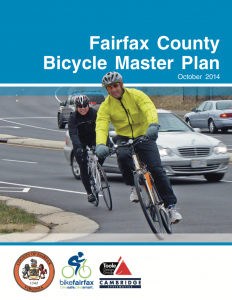 At the end of February 2009, when FABB was a part of the Washington Area Bicyclist Association (WABA), the group sent out an alert to area riders to save funding for the Fairfax County bicycle program. Earlier that month the Fairfax County executive recommended permanently cutting all funding for the county bicycle program. Springfield District Supervisor Herrity also recommended elimination of the Fairfax County Department of Transportation Bicycle Coordinator position. To top it off, Braddock District Supervisor Cook had commented in a Transportation Committee meeting that: “I don’t believe a bicycle is a transportation device. I think it’s a recreation device. The big problem is people don’t want to ride their bike in the rain or get sweaty before work.”

FABB’s and WABA’s advocacy helped to save bicycle funding and the coordinator position. FABB sent letters to the Board and encouraged others to contact their supervisors, and the response was fantastic. We also published a letter from Supervisor Cook explaining his position (he supported bicycling for commuting and recreation but, with so few bike commuters at a time of tight budgets he questioned the priority of spending on proposed bicycle infrastructure), which started a useful dialogue with the supervisor. FABB had a productive meeting with Supervisor Cook a few weeks later, initiating a relationship that over the years involved multiple meetings and contacts and saw his positions evolve to become a supporter of the Bicycle Master Plan, greater bicycle infrastructure, and other efforts to make Fairfax more bike-friendly. 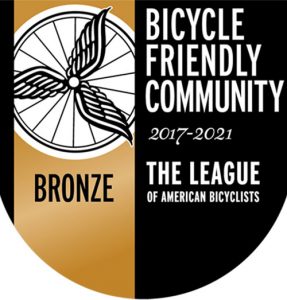 Bicycling has come a long way in Fairfax County over the past decade, thanks to the Board of Supervisors, FCDOT, and others who have recognized the importance of bicycling as a transportation option. FABB is proud to have done its part, but the need for strong continuous advocacy has only grown. Budget pressures and competing priorities never cease, and we need more members to volunteer and speak up at public hearings and other venues in support of bicycling infrastructure, education, encouragement, and enforcement. Interested in helping? Contact us at [email protected].