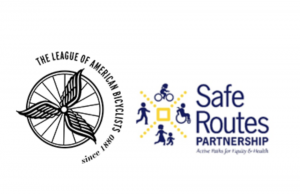 The League and Safe Routs Partnership were instrumental in getting additional safety-related amendments added to the bill.

Earlier this month the House of Representatives passed the INVEST in America Act, a five-year transportation bill, as part of a larger infrastructure package. The act provides $494 billion over five years to make transformative infrastructure investments in surface and rail transportation.

Of interest to bicyclists, the act:

The bill that the House passed included two important amendments supported by national bicycling advocacy groups. One requires the Department of Transportation to study and understand federal infrastructure problems that disproportionately harm the environment and public health of exposed communities to help build a transportation system that serves everyone. The second amendment will ensure that cars sold in the United States have the same protections for bicyclists and pedestrians as cars sold in Europe.

The Senate version of the transportation bill will be considered when that body returns to Washington. The League of American Bicyclists reports that the Senate version also includes policy changes promoted by the League and the Safe Routes Partnership.

Show you support for the transportation bill bicycle and safety-related policies by mailing our two senators: