US Bicycle Route 1 Signed and Ready 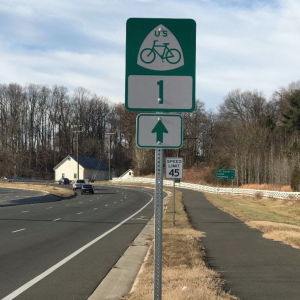 VDOT recently announced that the portion of US Bicycle Route 1 in Northern Virginia has been signed. This fills the last gap making US Bike Routes 1 and 76 fully signed in Virginia.

US Bicycle Route 1 was established in 1982, and, when completed, it will run approximately 1,525 miles from Florida to Maine. It is part of the United States Bicycle Route System, a network of long-distance cycling routes that include shared roadways, on-road accommodations, and off-road shared use paths. 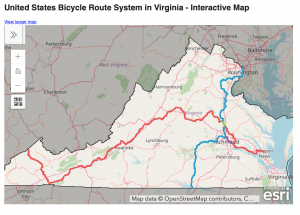 Want to know more to help plan a future ride or multi-day trip? Visit the Virginia Interactive Bicycle Web Map, which shows the US Bicycle Routes and other bicycle trails in Virginia.

Finally, if you notice a missing US Bike Route sign, VDOT asks that you submit a replacement request using the MyVDOT system.