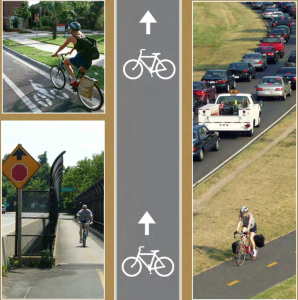 Last week we wrote about a few General Assembly bills under consideration on signage and road markings, e-bikes rules and definitions, and Senator Surovell’s Vulnerable Road User (SB437) bill to increase penalties for reckless driver behavior that threatens vulnerable road users. Surovell’s bill was passed by the Senate last week and has move to the House for consideration and action. Senator Surovell has another bill, SB160, to require hands-free cell phones to reduce distracted driving. It was  merged with another bill last week and was passed by the Senate Transportation Committee. Similar bills in the House, HB377 and HB874, are still in a House Transportation subcommittee.

Several other important bills are in the early stages of consideration. The House and Senate automated speed enforcement bills, HB621 and SB759, are still in committee. A contributory negligence law, SB 659, also is in play. It would stop the negligence of a pedestrian or bicyclist involved in a collision with a motor vehicle from preventing their recovery of damages in a civil action unless their negligence was a proximate cause of their injury and was greater than the total amount of the motorist’s negligence that proximately caused the plaintiff’s injury. This is a big deal because it has important ramifications for how law enforcement handles collision reports.

The House Transportation Committee is examining a bill, HB1644, that prohibits a driver from overtaking and passing another vehicle stopped at a marked crosswalk to permit a pedestrian to cross the highway. Another bill, HB1705, clarifies the duties of drivers to stop when yielding to pedestrians at clearly marked crosswalks and other regular pedestrian crossing.

Finally, a House subcommittee will be looking at HB247, which increases the penalty for a failure to obey traffic lights or stop for pedestrians from a traffic infraction to a Class 2 misdemeanor when such failure results in the death or serious bodily injury of a pedestrian or wheel chair user.

Please take a few minutes to contact your elected state officials (get their contact information here) and let them know that you support legislation to make our streets and roads safer for everyone.