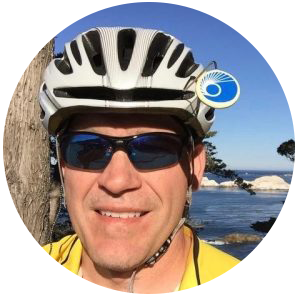 Steve Ward calls McLean home and, after retiring from the federal government, became a contract historian at the Pentagon. He rides for recreation and fitness and occasionally to see other parts of the country. Steve has always wanted to commute by bike but safety concerns deterred him. This prompted his involvement with FABB and his work to support the expansion of bicycle infrastructure.